Julio has been performing the art of illusion for over 20 years and specializes in Family Shows; Stage, Close-Up and Corporate Magic.

He has dazzled audiences in the hundreds - from children magic shows  to stage illusions, and has performed for various venues, including schools, weddings, banquets, private events, corporate events and more.

Julio infuses comedy, mystery and audience interaction in his shows. He has also worked with NBC's America's Got Talent as a Magic Scout and consultant, and is also the founder of Sevilla Magic FX.

He is currently performing in Northern California with his new show entitled "Vaudeville Magic" Book Julio today for your special event! 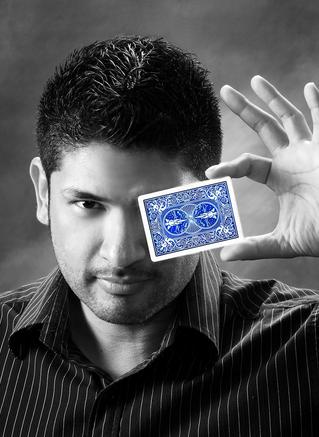